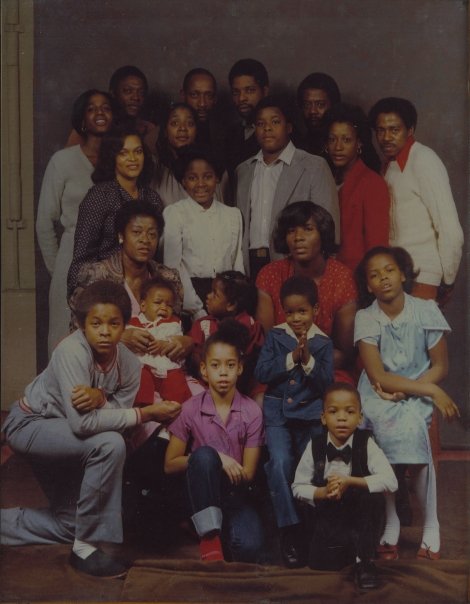 I have had to use the term “I must respectfully disagree” a lot lately. This is in response to advice I have received from friends and relatives that in all honesty love and care about me.  They do not understand why I am willing to drive almost an hour to go to my church.  They believe I should be able to worship anywhere.  They don’t understand how, even though I have had my driver’s license officially less than a year; I am willing to drive on expressways that they don’t and are technically more experienced with.

Last week was an extraordinarily eventful one for me. It started off with the celebration of my husband’s birthday.  It was a joyous day. He was blessed with not only one cake but two!  It continued on with me having a job interview that was particularly promising.  Then at the mid of the week on Wednesday, I had a doctor’s appointment that rocked my world.  I was actually angry when I left the offices.  I was grateful that I probably never have to see her again; but also angry at the situation as a whole. I took a minute to sit in my car take a breath and pray.

God and I are working on sorting out the source of my anger.  They say that anger turned inwardly is depression.  I am certainly not that; however, I am poised to make some seriously significant changes in my life.  That doctor’s appointment was a crossroad.  I could take the information I was given and go down a road that is marred with despair or look at it as the blessing it was.  She could not help me. She was not the doctor for me. If she had been my dream of birthing my own children, would be diminished.

After speaking to one of my sisters, I got back on the road and headed for home. Once there I sat for a minute and then started to prepare myself to go to bible study.  I had not planned to sing and only to rehearse with the team for the conference our location would be hosting for the next couple of days.  It’s funny how even though I had noble intentions; my plans were rooted in selfishness. I was telling God I was not going to allow him to use me, when I was technically available to sing during the service.  I got that revelation real quick when I realized that one of the team members that were scheduled was stuck in traffic, and they had to change the set to accommodate another lead. I knew the set and so even though I was not dressed to minister ended up leading the first song.

By the time, we began rehearsing for the conference I was mentally and spiritually drained. However when it ended, I still had to drive home about an hour.  After dropping off my leader, I had the feeling that I just needed to get to my house and rest.  I thought because I was only 3 exits away I could make it.  Little did I know I would end up in a car accident; one so horrific that if not for divine protection and the sustaining grace of God, I wouldn’t be alive.  Let alone able to walk away from it.

It was reported I ran a red light.  At the time, I didn’t even remember doing so. I hit a pickup truck on the driver’s side rear head on.  Due to impact my car spun around at least two times before I could stop it from hitting a highway underpass support pillar.

Amazingly, the cabin of my vehicle looked as if I had not been in an accident. The outside was totally crushed, and my tires were shredded.  Fluids from my engine were all over the roadway.  When they assisted me with getting out of my car, the witnesses were amazed that I was not harmed.  Outside of bruising from the airbag deploying, I had no injuries.

My husband once I called him I know was in shock.  He called our aunt. She is a nurse and on her way into work.  She lives less than 10 minutes from the accident site. So, he knew she would be able to get to me first to check up on me. When she arrived she also looked at the vehicle, me and then just pulled me into a bear hug. I sobbed on her shoulder.  When my husband arrived, the look on his face said it all. I could have died.

In the days that followed I made the error of nonchalantly informing my relatives of the accident. I even picked up a rental car before actually consulting with my husband, essentially doing things solo.  I went into crisis mode.  My last accident, my husband had encouraged me to do so.  So, this time around I just fell into line and reacted automatically. In response, my family sent down a representative to check in on me, one of my older cousins/big sister and her son. They live three hours away in San Antonio.

During their visit, they attempted to do a family intervention in regards to me communicating more effectively with my family, being more cautious while driving and attending my church. I had to tell them that even though I respected and valued their opinions, I am 35 years old.  I know my church is where I get feed spiritually.  In regards to my driving behavior, I unquestionably know I have to make some changes.  For example taking professional defensive driving lessons and not driving at night alone till I feel more confident. And other little things like getting my eyes checked out to make sure, I don’t need a new prescription. In regards to communicating with my family more that also is going to be a process, I know I cope with things differently than most people.

Not to use the challenges and disappointments of my life as a cop out. However I have learned to compartmentalize my emotions so that I can deal with the craziness around me with a clear head. And then when it dies down, and I have a moment to breathe, cry and assess the situation as a whole.

This can be both a blessing and a curse. If I don’t stop to take in account others feelings and my own, I can be seen as being impersonal and unfeeling. At the same time because I am able to shut off my emotions, things get handled. Hence the reason why my husband has nickname me “Spock”.

On the flip side, I have a personal relationship with Jesus. I am married to a man that is not afraid to call me out on my bull.  Family members and real friends that know my history love me enough to want to see me healthy and healed. I am learning how to change my behavior; to become more compassionate towards others.  The most crucial thing is I am willing to learn and have begun to ask for help. I am definitely not who I was just 5 years ago.  And as the scripture says…

“And I am convinced and sure of the this very thing, that He Who began a good work in you will continue until the day of Jesus Christ [right up to the time of His return], developing [that good work] and perfecting and bring it to full completion in you.” – Philippians 1:6 Amplified 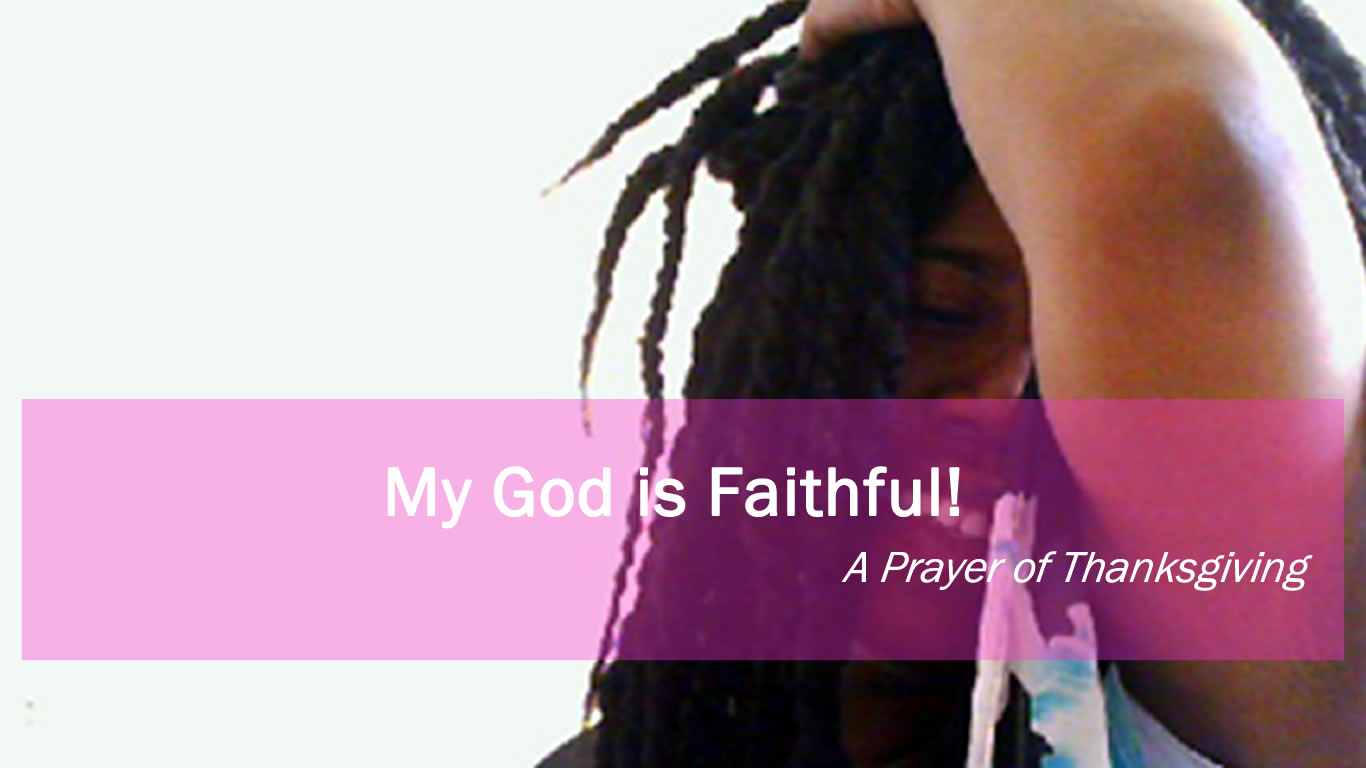 My God is Faithful! – Prayer of Thanksgiving 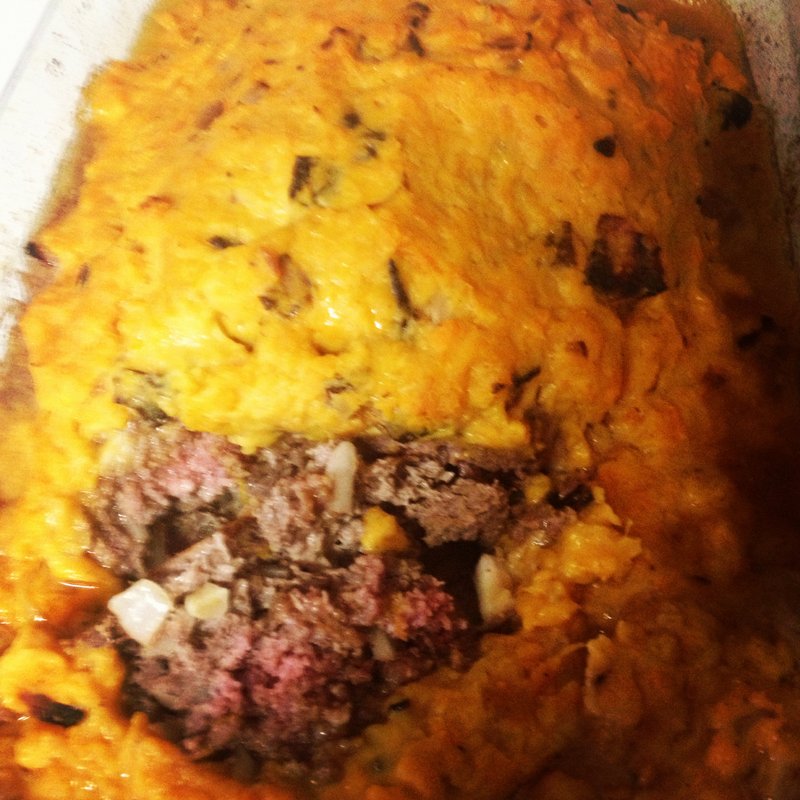 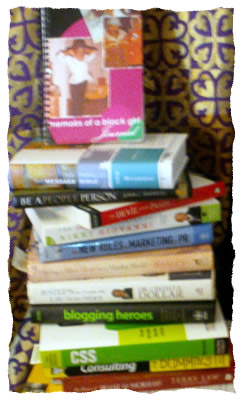