August 8th, 2010 – Yesterday, in preparing to go to my church’s general service, I decided to have as my traveling music Byron Cage’s “Faithful to Believe” album. When I arrived on location the song that was pumping through my ear phones was “I Can’t Hold it”; a song that gets me every time in the mood to praise.  After attending a meeting I proceeded to go downstairs to visit with one of my friends in another volunteer department (I serve in the Music Ministry.)  I opted for the elevator versus the stairs.  Two of my friends one an armor bearer for my pastors and another a pastor’s aide waited with me.  When the elevator arrived we were greeted by another one of my friends that is an armor bearer and unknown gentleman.

My friend who is an aide seeing the unknown gentleman assumed he was new armor bearer / vision keeper in training.  She proceeded to confirm this by asking the question if in fact he was.  His response “Yes, I am dedicating my life to Christ today.” The elevator then stopped and he got off.  We all looked at each other for a second in slight confusion.  My friend the aide stated “He must have not understood the question.”  My response was I believe he did.  He was stating what he believed was keeping the vision.  He was dedicating his life to the Lord.

We at that moment arrived at our own floor and all parted ways; I to visit my friend and them to go to their individuals assignments.   When I found my friend, her department members and she were preparing to pray and meet.  I decided to join them in for the prayer.  After the prayer I went upstairs to report to my own department officially and proceeded to do my pre-service duties.  Praise and worship was extra anointed that night and my lady pastor, Taffi L. Dollar really urged us in her opening encouragements to bask in the presence of God a bit longer.

The message itself was excellent and as always an on time one.  When she called for the altar call for those that wanted to get saved, rededicate their lives to Christ, received the Baptism of the Holy Spirit (with the evidence of speaking with tongues) or join the church she also instructed us as is customary to ask our neighbors the same four questions.  Low and behold the unknown gentleman who was on the elevator with me earlier was sitting in the next row.

I knew that was a sign from God that he wanted me to be the one to ask him personally if he had made a quality decision.  At that moment I turned around and asked, he resoundingly said yes and confirmed that he wanted me to walk him down.  He and I were the first ones to arrive at the altar that evening.  I was so much in a state of utter joy that when I went to go back to my seat, I first went to the wrong row.  After laughing at myself I walked to the correct one and just began to thank God for gentleman making a quality decision and for allowing me to assist him.

True tears of joy just began to fall from my eyes.  An older woman, who I know only by casual fellowshipping, tapped me on the shoulder to hug me.  I was so much on a spiritual high that I just could not almost contain myself; I think I gave her an extra squeeze.  During my trip home I felt as I was floating on cloud nine.  I continued to thank God for bring the gentleman, to my attention and using me to be his escort to the altar.

It’s just amazing how simply by paying attention to your surroundings, not questioning and obeying the voice of the Holy Spirit and doing an act of service can bless you right back in return.  It is almost 24 hours later and I am still on a spiritual high.   I served again this morning at satellite church and was taken out of my comfort zone.  I was asked to sing lead for the last song of the worship set and to minister the altar call song.  In the natural I made a few errors (early start on a song because I was lost in the spirit), however I had said “Ok, I will do it, Lord.”  And he yet again showed out…more souls came to the kingdom!

I believe last night in a sense I to rededicated my life back Lord; and I will continue to give him the glory for each opportunity he presents to me. 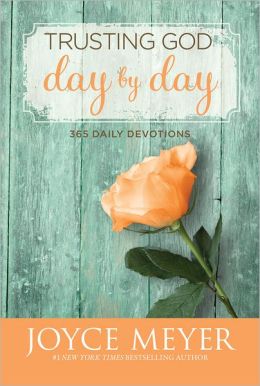