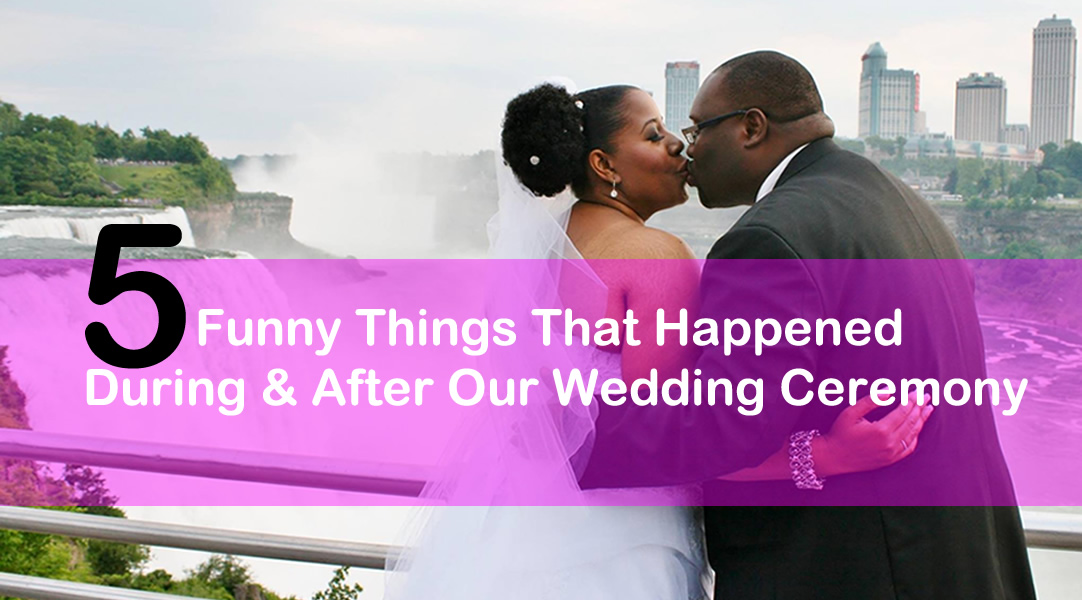 On this upcoming Monday, the Hubby Coach and I will be celebrating our 2nd Wedding Anniversary!  I am super excited because I think I am more in love with him now than ever before.

We were married on June 9th, 2012 in the Great Lakes Garden in Niagara Falls State Park (Niagara Falls, NY.) I thought to commemorate the date; I would share a few funny things that happened on our special day.

Here are 5 funny things that happened during and after our wedding ceremony….