First, before I even get any further than the title of this piece; let me make it abundantly clear that I had a wonderful relationship with my father. He was very present in my life. I knew who he was, and he provided for me emotionally, mentally, physically (with his presence) and financially since before my birth and beyond my 21st year. However, he was human and so was born flawed.

I lost my Dad suddenly a little over a month after turning 22, within a week of the one year anniversary of working at my first “big girl” job and moving into my first apartment. The day before he died, we had spoken on the phone about such a mundane thing as to how I was going to install my bamboo window treatments. At the end of the call, I had told him that I jokingly didn’t need him, that I was fine and I still loved him even though he couldn’t help me put my blinds up.

At the time of my father’s death, he was a retiree of the New York Housing Authority. He was forced to stop working after 15 years of service due to his health. I had asked him to assist me, but the days leading up to his death he was weakened from over exerting himself. My father had a pacemaker put in probably a year before, and he was still adjusting to not being able to function at his normal capacity. Usually, he would have about three days of full strength and then needed a day or two to recuperate.  The day he died was during one of those recuperation periods.

It was believed he had placed food on the stove and fell asleep on the couch; his was a habitual problem. He woke up to a smoke-filled apartment and the fire department attempting to break in and rescue him. His neighbor and friend for as long as I can remember told me she attempted several times to knock on his door before calling 911. However, Dad was a sound sleeper and had not heard her knocking. He succumbed from a massive heartache.

My mother and I lived less than two miles away from him and so were notified by police almost immediately after his death. I will never forget that faithful knock on my door by the NYPD officers.  My mother pointed them in the direction of my door almost immediately after they knocked on hers.  She had let them know I was his daughter and his self-appointed caregiver as I was also hers. When deciding it was time for me to move out on my own, it was a no-brainer when I learned the apartment across the hall from my mama was available. A child of older parents with health challenges, moving into the apartment directly across from hers was an ideal arrangement for the both of us. I could live within walking distance of both my parents while living in the building and the neighborhood I had since I was six.

The police officers informed us I needed to get to my dad’s apartment immediately while they prepared to secure it; I remembered numbly nodding my head before closing the door.  I then slowly fell to the floor, with my back to the foyer’s coat closet, screaming and wailed for a good five minutes before I collected myself enough to call a friend.  My ex-boyfriend had lost his father less than six months prior, and I helped him through the process. Something in me needed to say it aloud to someone that did not know Dad to make it seem real and not just a cruel dream. So, I called my ex; we spoke briefly, and then I got up and collected my things preparing myself to walk the ten blocks or so to my father’s apartment.

I can remember clearly the first time my Dad seem to have forgotten we had a “date.”  I was about six years old, and my Dad was supposed to pick me up at noon for a sleepover visit at my Grandma Lela’s house.  He moved there after my parents separated. I sat on my mother’s hope chest maybe for about two hours and then he finally called to say he was not going to be able to pick me up. I grew up in Brooklyn during the early 80s and into the 90s, so there was no mobile phones or email.  My mother had no way of knowing if my father still had the intention of coming to get me without a phone call to her home phone. He told her that something had come up; the truth of the matter was he didn’t have enough money for carfare. After my mother had a brief conversation with him, she passed the phone to me. She wanted him to explain to me why he was not coming as promised. I had gotten all dolled up, and when I hung up with him, I could feel my little heart just begin to break into pieces.  I went back to my room and cried. Of course, later I forgave him. Why, because he was my Daddy.  Moreover, my mother God bless her soul never bad mouthed him to me.  She allowed me to come to my conclusions, and never stopped me from spending time with him even when they may not have been on the same page.

After some time my mother came and got me and took me to get McDonald’s. Little did I know at the time she had scrapped the money up, pulling spare change together so I could have that meal. She thought the idea of a Happy Meal would cheer me up; it did, but it did not equate to spending time with my Dad.    She wanted me to have what she never had for herself, and that was a consistent healthy relationship with my father. Still, to this very day, I have a tendency to use food as a crutch for dealing with my disappointments; I am in many ways an emotional eater. That is my truth, and I am comfortable enough in my skin to own it. I also tend to hold in my feelings and am a bit of an introvert after being hurt by those that were supposed to protect my fragile emotions at an early age.

Years later and after they both had since passed I found a letter my Dad had written to my mother during the period. He was recently unemployed and thought it was best that we all moved into my Grandma Lela’s house in Queens.  The apartment we lived in at the time was designated for the Superintendent for the building. However, my father was no longer the building’s superintendent, we were technically homeless. My mother came up with a plan because she did not want to move into my Grandmother’s home. She had recently learned that my Dad was having an affair. Actually, we learned he was having an affair. 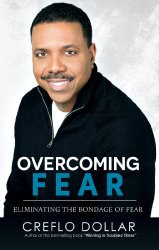 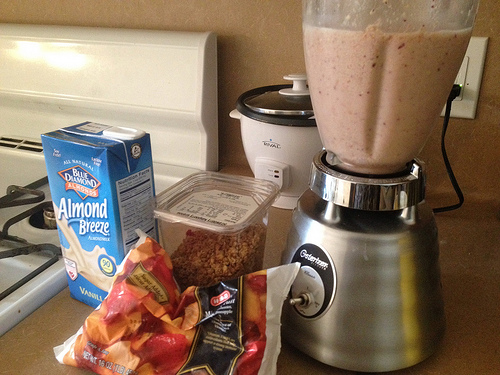